Jim Goss appointed to represent Champaign County Board District One 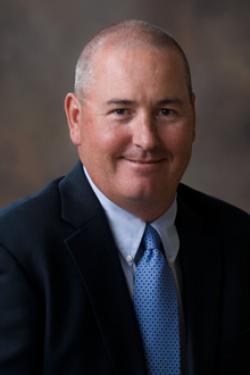 Congratulations to Jim Goss on his appointment to represent Champaign County Board District One!

Jim Goss is employed by The Atkins Group in Urbana as Director of Farm Management.  He also is the Managing Broker for TAG Realty.  In his duties Jim oversees the farmland portfolios for the Atkins family and several other clients.  He manages TAG Realty specializing in farmland sales and acquisition services.  TAG Realty is a full service realty company with brokers in residential, commercial leasing and farm real estate.  He has been employed with The Atkins Group for 18 years with prior farm management experience with National City Ag Services serving as Regional Vice President and farm manager.

Jim has been involved with the Champaign County Chamber of Commerce in various capacities since 1996.  He served on the Agribusiness and Public Policy committees serving as chair of both during his tenure.  He was appointed to the Board of Directors for the Chamber in 2005 where he served two three-year terms.  Jim has also served on the Board of Directors for the Champaign County Farm Bureau Foundation.  He held offices as President, Vice President and Secretary.  Jim currently serves as the scholarship chair.  He was a board member from 2001 to 2013 and was reelected in 2015 for a three year term.

Jim is married with two daughters.  They have lived in Mahomet for 23 years.  His wife Deb has been employed as a teacher’s aide in the Mahomet Seymour School District for 9 years as a substitute teacher in the District.  There daughters (Abigail and Charlotte) both graduated from Mahomet Seymour and then Murray State University.  Both daughters were athletes at MSHS lettering in golf and playing basketball.  Jim has been involved in Mahomet as a member of the Lions Club.  He held leadership positions as President, Vice President and treasurer and currently serves as a director and club liaison for the Sangamon River Music Festival.  Jim and his family are members of the Mahomet United Methodist Church.  He has served served as the treasurer, Church Council chair and as a member of trustee and finance committees.

“Jim’s commitment to our community shows in everything he does…he will make an excellent addition to the County Board,” noted State Senator Chapin Rose.

Champaign County Republican Party Chairman Mark Ballard stated, “I have known Jim for several years and have worked with him on several community initiatives.  Jim will do a great job for the citizens of our county, continuing the tradition of fiscal prudence that Gary Maxwell so successfully brought to the board.”